Ubud Monkey Forest lies in the 12,5-hectare area in Ubud Village. The area is surrounded by a temple wall and forest. The green lush trees and the witty monkeys made it popular among tourists. The fresh air, the temple with a thick Balinese heritage. All makes Monkey Forest as the top things to do in Ubud.

Balinese believes in harmony. Hinduism as the majority religion on the island runs in every aspect of daily life. Balinese believes that if they respect human, nature and pray to God. They will achieve prosperity in their life. And that is also why the temple never runs out of worshipper.

As the center of Ubud, the site also host several important events. One of them takes place in the temple is called Tumpek Kandang. Tumpek Kandang ritual is a ceremony held on every 210 days. This is where the locals flood the temple and worship the greatness of Shiva. The God that creates and maintains the animal.

Part of Tumpek Kandang ritual includes asking a blessing from God Shiva – for the prosperity and health of the animal. Locals living around the sacred forest believe the monkeys help them. Prosperity and wealth in their society are part of the animal contribution.

So there on the special occasion Tumpek Kandang. Humans and animals are celebrating. Locals will go to the forest with quite a lot of offering. Bringing not only for God but plenty of fruits and eggs for the monkeys.

Monkey Forest is a sacred forest for Hindu people in Bali. The place is not just a home for 700 monkeys. But a place where locals pray to Hindu God. There is 3 temple in the monkey forest area. According to the ancient script from one of the temples. It has existed since Gelgel dynasty in the 14 century.

Before any ceremony, people will come to Beji Temple to purify their bodies. Beji is not only a place where people clean their body physically. It also where they clean their soul spiritually.

The last temple Prajapati lies is in the northeast area. Reside next to the cemetery, the temple is where the locals worship God Prajapati. The cemetery side by side with the temple is just a temporary cemetery. The grieving family uses the cemetery while waiting for the mass cremation once in 5 years.

Balinese Long Tailed Monkey – or macaque is the type of 700 monkeys living in this forest. Since there is a lot of monkeys. The monkeys are divided into different groups. Each group is living in a different area in the forest. Some of the groups living in front of the main temple. Some staying in the eastern and central areas.

And the last area is the cemetery. Since there are over 700 monkeys. The conflict territory between the monkeys sometimes cannot be avoided. The monkeys are active during the day and rest at night just like humans do.

Therefore, an interaction between the monkeys and people is something that common in Monkey Forest. As the forest is their home-based, the visitor is expected to follow some guidelines. The monkeys sometimes too playful and curious. Visitors allow and may feed the monkeys.

However, they will try to snatch every food from people’s hands. Don’t get panic and try to pull back any food. And for the purpose to maintain the monkey’s health. Visitors are not allowed to feed peanuts, biscuits, bread or any other human snacks. To feed the monkeys, guests can buy a banana at the banana counter.

The monkeys at the temples are healthy and monitor by Primate Research Center Of Udayana University. The case of rabies so far has never been found. However, visitors may get bitten or scratch from the interaction. Such as feeding or taking a picture with monkeys.

An aid clinic facility is available at the monkey forest area with a professional nurse. In case there is an emergency. A staff from Monkey Forest is also easy to find in the area. Carrying a plastic bag or paper or plastic bottle stuff is strictly prohibited. For the purpose of the monkey’s health, visitors are not allowed to feed monkeys peanuts, biscuits, bread or any human snacks.

Tourist is expected to be in a good manner in the sacred environment. Some part of the area is prohibited for the public. The temple area is accessible for people who willing to pray and wear proper Balinese praying dresses.

See: A Half Day Adventure in Tegenungan Waterfall Ubud

The sacred forest welcomes visitors every day. Except on Nyepi day, where all the attraction on the island will shut down.

For visitor staying in Ubud area. Ubud Monkey Forest provide a free shuttle bus. The bus leaves from the hanoman street, the ubud main street with the following schedule. The time table is the departure time from monkey forest lobby. 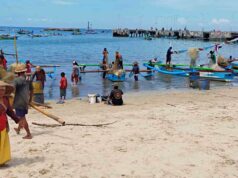 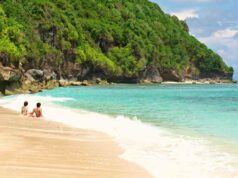 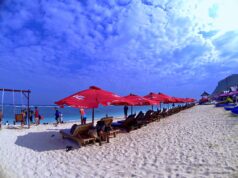 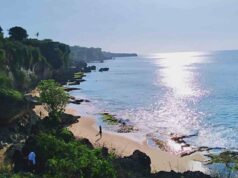 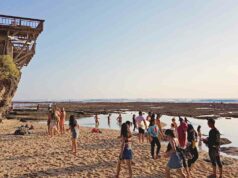 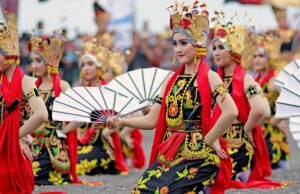