Set in the northeast of Ubud. Gunung Kawi Temple is one of the destinations to-go-to. Surround by the green lush tropical trees with paddy terrace will definitely freshen the twain eye. At the lowest point of an exotic river valley. Flowing through the beautiful town of Tampaksiring.

Gunung Kawi Temple is popular for Bali’s largest peculiar archaeological sites. Ancient shrine reliefs face carving in a rock cliff. There are a total of ten shrines in Mount Kawi complex. And in one of the shrine, visitors can see a form of commemoration. Carved in the giant stone 8 meters high as a reflection.

Become an icon and list as the tourist attraction. Gunung Kawi Temple was even part of the itinerary of Barrack Obama’s visit.  Gunung Kawi Temple is also part of a region nominated for Unesco Heritage status. Due to its location is next to the other ancient site. Based on the legend, Gunung Kawi is an 11th-century temple.

The original complex was built to honor the deified Balinese King named Udayana. Likewise the son’s King Anak Wungsu, Airlangga, and Marakata and the Queen. Furthermore, not only as of the royal monument. Gunung Kawi Temple is designed as a meditation place for the priest back then.

To get to the temple, visitors have to descend 272 stairs before reaching the area. However, the beautiful views come at the cost of quite a few stairs. There are a lot of stunning views worth capturing on the way down. The view from the parking lot down to the temple is the most scenic image.

Adorn by the palm tree and terraced rice fields. Forming a festive nature attraction just as beautiful as a great painting. Spare at least an hour and a half to explore the ground area. Feel the ambiance and soak up the serenity. As the ancient site exists since the 11th century, striking a mysterious atmosphere.

The folklore believes, Mount Kawi Temple made by a powerful commander Kebo Iwa. It is said that Kebo Iwa pierced his strong nails on the rock face in the Pakerisan River. The rock face then smoothly carved. Forming the basic shape of a beautiful cluster of the temple walls.

The face of rock cliff is actually padas – a hard layer of soil resembling a coral. The padas rock deliberately made a basin to protect the temple from the threat of erosion. The statue carving in the rock face sometimes misinterprets by the visitor.

Due to its form, people often think that it is a tomb. While in fact, the carving inside the rock is a monument. Made to commemorate the dead kings.

In each rock, the visitors can see a small space. Build for the purpose to place the offering. The inscription telling the story of the construction process lies in each doorway. In contrast to myth tells by the locals. The inscription tells that the King made the temple.

The holy water pool is one of the best parts of the temple area. The locals during a ceremonial event will queue up. And go directly to bathe in the holy water. The holy water is coming out from the dragon headstone one by one, from left to the right. The water coming from the pool is believed to bring better luck to the person.

Visitors are allowed to join and bath with the locals together. Throw anything inside the water pool is strictly prohibited. Not into bathing, sprinkle the holy water to wash only the face. And may the holy water bring the best luck.

The temple area also has a pond with a fountain. Visitors can feed the fishes in the pond. And buy some fish food in the booth. Feeding the fish in the pond is also one of the most favorite activities for visitors. Fish food will cost Rp 5.000.

During the annual temple ceremony, the temple will luxuriously decorate by the locals. The annual ceremony is happening every full moon on the Balinese calendar. Visitors can join the event and capture the moment. The temple is fully loaded by worshipers during temple anniversaries.

The local people also allow visitors to feel the ambiance of Balinese culture by praying together. The religious leader will lead visitors who want to join to pray as Balinese Hindu.

Like any other sacred site in Bali. Guests coming to explore the temple will have to wear a sarong. To cover the knee and shoulder. Certainly to pay respect to the local culture. Sarong is available for rent at the ticket entrance booth.

The guests that wear long pants or outfit that cover both knee and shoulder. Can straightly explore the temple without renting a sarong. Gunung Kawi Temple is considered a sacred site for the locals and Hindu people. The visitors particularly women in periods are prohibited from entering the area.

The temple is open for visitors every day except during Nyepi. The visitors are allowed to explore the entire Mount Kawi Temple area from 08:00 am. Visitors are unable to explore or visit after 18:00 local time. A mandatory rule as the temple will use by the pilgrims in the evening.

How To Get To Gunung Kawi Temple

There is no public transportation to get to the temple. However, Visitors can find a car rental with a driver that provides the Gunung Kawi Temple Sightseeing Tour. The price for a car with six seaters with driver and fuel is approximately Rp500.000/10 hours. In 10 hours, it would be enough to get around the Tampaksiring Area.

For a solo or couple traveler, a scooter rental can be the option. The rental price for a scooter is Rp100.000/24 hours. And it can be cheaper depends on bargaining skill or rent duration days. 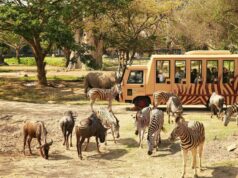 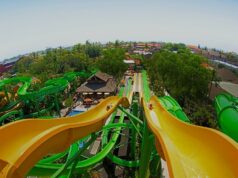 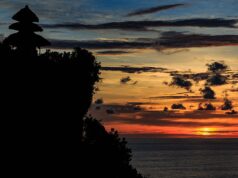 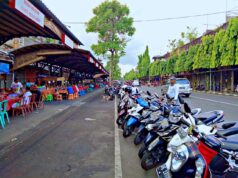 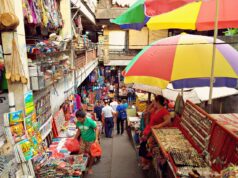 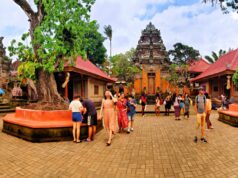 Every year Yogyakarta gathers at Jogja National Museum for a contemporary art event called ART JOG. A melting pot of thoughts and ideas in...