Ujung Water Palace or also known as Soekasada Park is a former palace of Karangasem Kingdom. Lies in 10 acres ground with tidy lush greenery. With mount Agung background and a large wide pools. Ujung Water Palace is one of the best panoramic scenes on the north side of Bali.

The palace originally is the idea of Anak Agung Anglurah, one of Royal Family. Dirah Pond is what they used to call the palace has a dark history back at that time. After a while precisely in 1909. Ujung Water Palace change its function as a private palace. The palace construction is running under the supervision of the King of Karangasem, I Gusti Bagus Djelantik.

The local artist all together with the Dutch and Chinese involved in designing the palace. Either the redesign and construction are also adding another function of the building. Another element and room arranged for the sake and to please the Royal. An individual room for meditation and some additional room for the royal guest.

In addition to that, the King extends its wide. Renovating Ujung Water Palace and throw more beauty. Renovating almost overlooks the original scene from its creepy history. An effort to rebrand the palace completed in 1921.

The palace is the perfect spot for the history buff. An almost century building fills with compelling narrative in each corner. An appealing combination with its extremely wide pond. Not only exploring, the palace often used by some couples for pre-wedding photoshoots.

Inside the building, visitors also could witness the history of The King. All photographs of the royal family adorn the palace wall. The story of each picture is written right below the pictures. Telling what and when an important scene occurs during the king reign.

See the King master bedroom. From the King’s room, visitors could see the white and pink lotuses floating on the pond. Some Pilgrims come to the room to pray for the deceased King. The room is sacredly protected. Therefore not everyone could enter the room. As it is sacred, women in a period are not allowed to enter the room.

A square shape building lies in the center of a pond. The Balai Kambang is hard not to notice. As it’s compelling as it sounds, the building has an important role during the King reign. An uncountable supper and important meeting held in here. A fierce argument during meeting and laugh through celebration.

The building has witnessed a lot of events back in the glorious time when the King rule. Even a trial and dispute settlement judge by the king.

Three of the large ponds are located on the north and south side. In the middle of south ponds, the King built a building called Bale Bengong. In the past, Bale Bengong often used by the King for meditation and welcoming the royal guests. From the entire ponds in Ujung Water Palace. The first pond has the most interesting story with its presence.

The first pond responsible for the final decision for serious cases in the past. The King uses its water to decide whether a person is guilty or free from any charges. Meanwhile, the north ponds are larger than the south ponds. Is the north pond where the King rest with his bedroom lies in the middle of the pond. Due to the bizarre form the locals call it hanging palace.

The building and the ponds are not the only attracted things to see. Moreover, the visitor could see the best part of Karangasem from the higher building. And it requires a short walk from the main building to reach the pillars. With its location sets higher than the main building. Thereof visitors can see the entire palace without any barrier.

This building also used for meditation. However, there are some damages in the building as the hit of Mount Agung eruption in 1963. From this building, the visitors could see Bisbis hill. And relax after exhaustion exploring the entire palace.

The pre-wedding photoshoots become very popular among locals and foreigners. Taking advantage from its possessing mountain background. And its wide 360-degree panoramic view will look fabulous for a wedding documentary. Some professional photographers also use the spots as their portfolio.

Aware of its additional potential income. The locals decide to charge more for a prewedding occasion and professional photographers. The fund collected from the happy couple and photographer is then be used for developing the village around the palace.

The palace is open for a public visitor from 6 AM to 5 PM on Mondays to Sundays. A special occasion such as doing photo shoots for pre-wedding. Likewise, any commercial activities require consent from the locals or the authority. With permitted term and additional charges.

Prepare $ 2.5 for the admission ticket. It’s quite cheap compared to other tourist attractions in Bali. Intend to ride the paddle boat, expect to give $1.5 more.

How To Get To Ujung Water Palace

Ujung Water Palace is an off-radar tourist spot. There is no public transportation to reach it. However with the palace location that sits next to Tirtagangga Water Palace. Hire a private car with the driver might give more mobility. In accessing 2 spots on the same day. 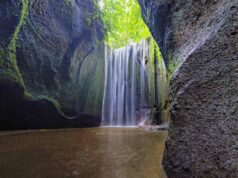 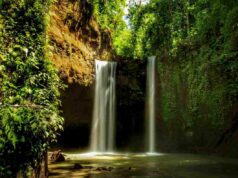 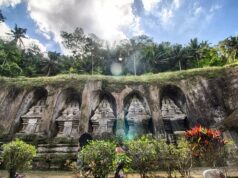 Yogyakarta's list of attractions is impossible to explore in just one trip. For some travelers, Yogyakarta is not the first stop. Some depart from...

For further question, idea dan more information please send us a message to [email protected] For advertisement and partnership contact [email protected] To become a part of our contributor you can send the material or portfolio to:
idetrips. 2020